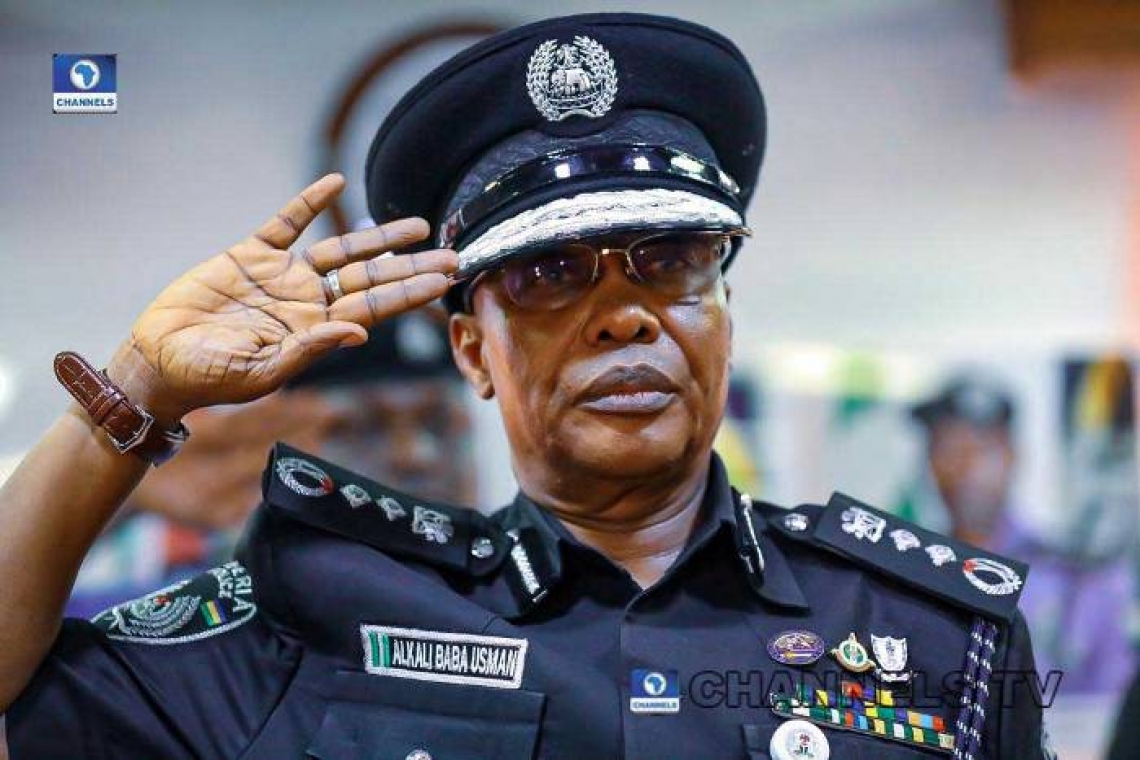 Identifying the many varied threats to the nation’s security and stability is simpler than finding a credible and sustainable solution and peace. Notwithstanding this, the government has continued with its extensive military options across the different theatres of conflict.

As a security analyst, l have continued to provide an assessment of the security situation and outline a pathway to sustainable peace. Also as a regular Security Analyst on Security Watch Africa, a weekly security programme on television and an International Assessor to Security Watch Africa Awards, my thoughts on issues appertaining to security challenges bedevilling the country have never been held back.

I have garnered a wealth of experience and insight into the nation’s security challenges and can confidently proffer sustainable solutions. Some of my views on these troubling matters are captured below.

I would like to refer to President Muhammadu Buhari’s assessment of the country’s security challenges. In his first meeting with the Service Chiefs on January 27, 2021, the President had reportedly charged the new military chiefs to be patriotic because ‘We’re in a state of emergency.

This succinctly captures the country’s experiences from the state of insecurity. Amplifying the state of emergency assessment, the President clearly was referring to the Boko Haram insurgency in the North-East. But that would be rather too simplistic. In addition, we have, sadly, witnessed the increasing influence and destructive activities of organised criminal gangs, which carry out killings and kidnappings in many parts of the North-West especially in Zamfara, Sokoto, Kaduna, Kastina and recently Kebbi. Unlike the Boko Haram sect which is propelled by their ideology, the bandits are a gang of armed men seeking to destabilise the society for economic gain.

The aged-old herders-farmers conflicts have been exacerbated by increased herders’ mobility in search of pasture for their cattle. The debilitating effect of climatic change is further pushing them towards the southern states, setting herders and farmers up for recurring conflicts. These conflicts have been largely framed as ethnoreligious but they are not. The activities of the now proscribed Indigenous People of Biafra (IPOB) and their constant violent attacks on public institutions and infrastructure including security infrastructure have set the region in conflict with the military and the police.

This is not who we are

I must state that fundamentally... intrinsically and innately, Nigerians are peace-loving, industrious, hospitable and ingenuous. Since the truce which brought the civil war to an end in 1970, the country has experienced relative peace, economic growth, social integration and a deepening of our democratic experience. These challenges notwithstanding, the country retains its huge potentials for development. Nigerians are highflyers and have excelled in virtually all areas of human endeavours. The passion and intensity of their pursuit for economic and entrepreneurial success at home and abroad is legendary.

Despite our diversity, most Nigerians want and actually prefer the country to remain one. Nigeria is what it is in the comity of nations because of the cooperation and collaboration of the ethnic nationalities which make up the country Nigeria. The agitation for secession and disintegration is therefore unsettling and intriguing.

The current security challenges cannot define our character as a nation; essentially, this is not who we are. Insurgency is alien to the country. Banditry, the scale on which Nigeria is currently battling with is also alien. This probably explains why many observers have said most of those involved are foreign nationals who gained entry through many of the country’s illegal entry points.

I genuinely sympathise with people who have been directly and indirectly affected and displaced by this battle for the soul of the nation. I must single out the Nigerian military and the Nigeria Police for rising up to protect the country and preserve the lives of citizens. Greatness comes with its prize, Nigeria is paying hers.

I understand that people may have grievances and would naturally want to express them, but we must do it with a sacred sense of patriotism and love for the country. Many have outlined Nigeria’s core problems basically as corruption, lack of restructuring, ethnoreligious disagreements etc. But I hold that without patriotism, Nigerians will kill this country.

If Nigerians are patriotic, no one will corruptly enrich himself/herself with our commonwealth; no one will destroy public infrastructure and kill security personnel and civilians because he wants to express his/her grievance;  we can’t bring down the country because we disagree with others or government policy. In the US and other advanced nations, people disagree with the government with a sense of love and patriotism for their country. Nigeria is in grave danger more from lack of patriotism than from the other issues we have always expressed.

Pathway To A More Secured Nigeria

The most effective national security systems world over are proactive. Societies can no longer wait for crimes to happen because of the huge cost and damage which attend successfully executed criminal activities. The clashes between herders and farmers for example, are actually avoidable if our security agencies proactively trace the movement of herders and set up a mechanism for them to co-habit and resolve misunderstandings when they occur.

Secondly, the Federal Government and the Nigeria Police Force have already embarked on a comprehensive community policing programme which seeks to bridge the gap between the police and the civilian population. Nigerian security agencies roughly have a combined strength of about a million officers. To effectively police over 200 million Nigerians will invariably require their cooperation and collaboration. Community Policing is taking deeper and stronger roots in the country. It will strengthen the bond between the police and communities and help curtail crime.

The Police in Nigeria’s Security Architecture

The Nigeria Police Force is the primary and most influential agency in the nation’s security architecture. There is no doubt about this. The prowess of its men and officers has been attested to even beyond our shores.

I have to commend the President for appointing IGP Usman Alkali Baba as the nation’s police chief. He is an astute and professional police officer who has served in several departments and formations in the Force. He has worked as a Police PRO and CP in charge of state commands, as AIG Zonal Commands and Force Secretary. He is a recipient of several international awards including the Security Watch Africa Awards. He has undergone professional training in counter-terrorism and is a fellow of the Defence College which places him in a vintage position in the fight against terrorism and insurgency. He was Force Secretary in the last administration. He has brilliant ideas and we are sure to see him bring these to fruition as head of the Police.

I have had the privilege of travelling with him a few years ago and I admire his perception and convictions as a disciplined police officer. He is God-fearing, a lover of family values and a true son of this country. He will reposition the Force to take its rightful place in Nigeria’s internal security arrangement.

What To Expect From IGP Alkali Baba

IGP Baba will turn things around. Nigerians should expect a vibrant Police Force and a massive improvement in our security. He is an exceptionally focused police officer. If you have had the opportunity to sit one-on-one with him as I have done severally, you would admire his penchant for delegating responsibilities and carrying everyone along in the pursuit of his goal. I have no doubt the Force will emerge as a more formidable, disciplined, motivated and friendly force under his leadership.

IGP Baba will bring every officer on board and focus resources and strength on crime-fighting. We have seen that rather than conduct a wholesale redeployment of heads of State Commands and formations, he only swapped a few strategically necessary officers. This has ensured stability in the Force.

The IGP is also a lover of sports. In 2020, Chairman of the Police Games he led the Committee to a successful outing in Awka, Anambra State. He was also on the ground at the 7th Award Ceremony of the Nigeria Pitch Awards held in Lagos a few days from the Christmas celebrations last year. As a lover of sports, we will expect to see a more robust sports department in the Police Force which will gradually return the Force to its resourcefulness in Nigerian sports. We always remember that ChiomaAjunwa, the first Nigerian to win gold at the 1996 Summer Olympics in Atlanta; Samuel Peters “The Nigeria Nightmare”, World Boxing Council (WBC) Heavy Weight Champion of the world; KikelomoAjayi who played for the Super Falcons, Late Sunday Bada and a host of others. The glorious days of sports in the Force are coming back.

The IGP, I believe, will pay attention to the training and retraining in order to enhance the performance of the Nigeria Police as an institution. In 2019, as Force Secretary, he played a strategic role in the hosting of the maiden edition of the Conference and Retreat for Senior Police Officers which was held in Lagos. The Conference and Retreat became a major opportunity for security managers to conduct an evaluation of their individual activities and of the success of the Force as a major security agency in the country. There are already plans to hold a second edition this year.

Shina Phillips is a leading security expert based in Abuja.