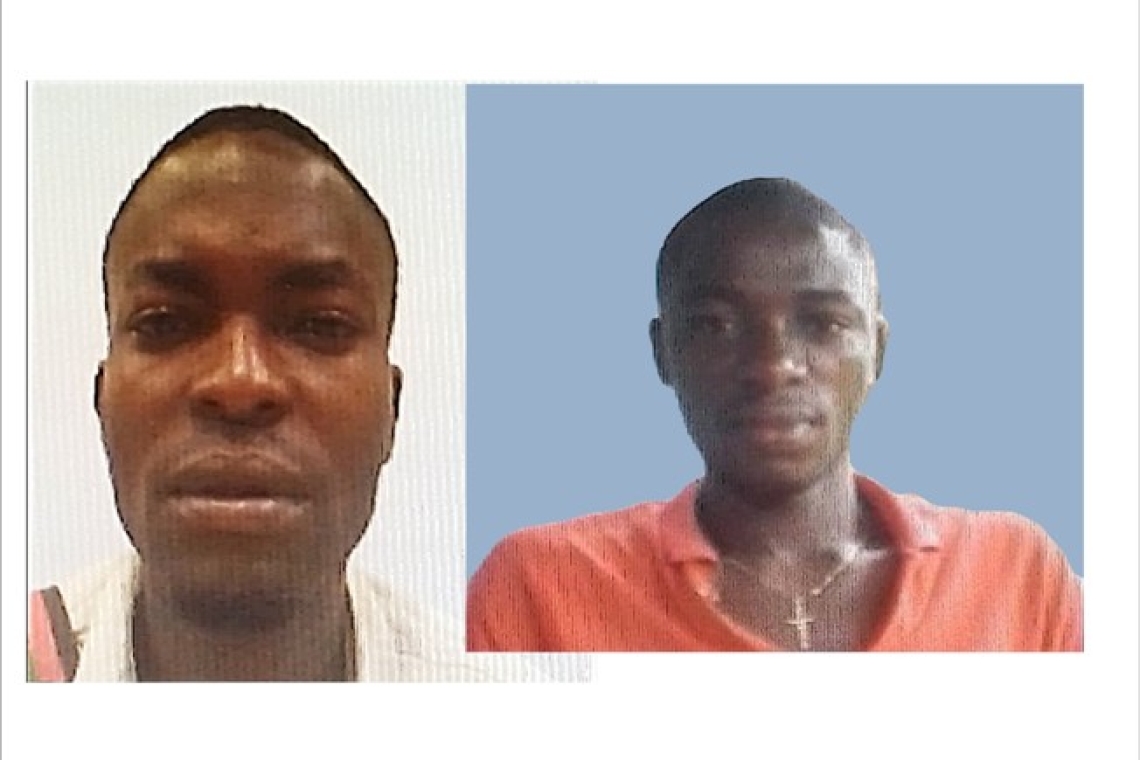 The Delta State Police Command has declared MR. FRANCIS ODUWANOR ODIAKOSE ‘M’ (AKA MEDOLUE) AND CHRISTOPHER ODIAKOSE ‘M’ (A.K.A BIG FISH) WANTED. The above named persons have been declared wanted by the Nigeria Police on C.R.O form 5 issued by the Delta State Police Command, a warrant of arrest has been issued by a magistrate court of Delta State Holden at Asaba Magisterial district against them. They are wanted by the Police for offenses of conspiracy, terrorism, cultism, attempted murder, grievous harm and conduct likely to cause breach of the peace.
If seen, members of the public to enjoined to please arrest and hand over to the nearest Police Station or to the office of the Commissioner of Police Delta State or call any of the following numbers
08137826675 or 08131070122
The PPROS Office can be contacted through the following numbers
0915 557 0008
0915 557 0007
Or the command control room via 0803 668 4974
Handsome reward  await any person(s) with information leading to their arrest.
DSP. BRIGHT EDAFE,
POLICE PUBLIC RELATIONS OFFICER,
DELTA STATE COMMAND,
ASABA. 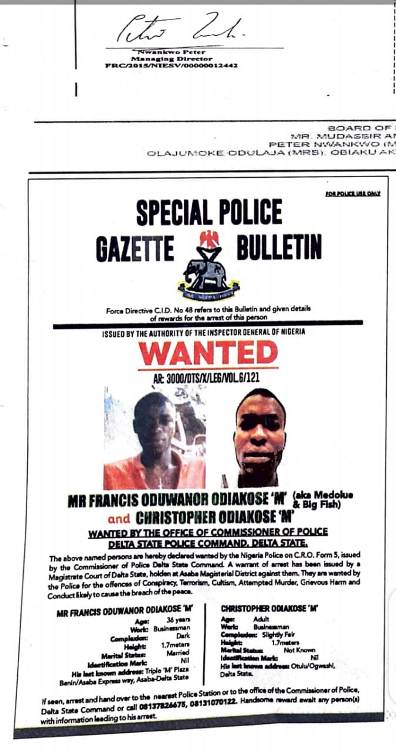