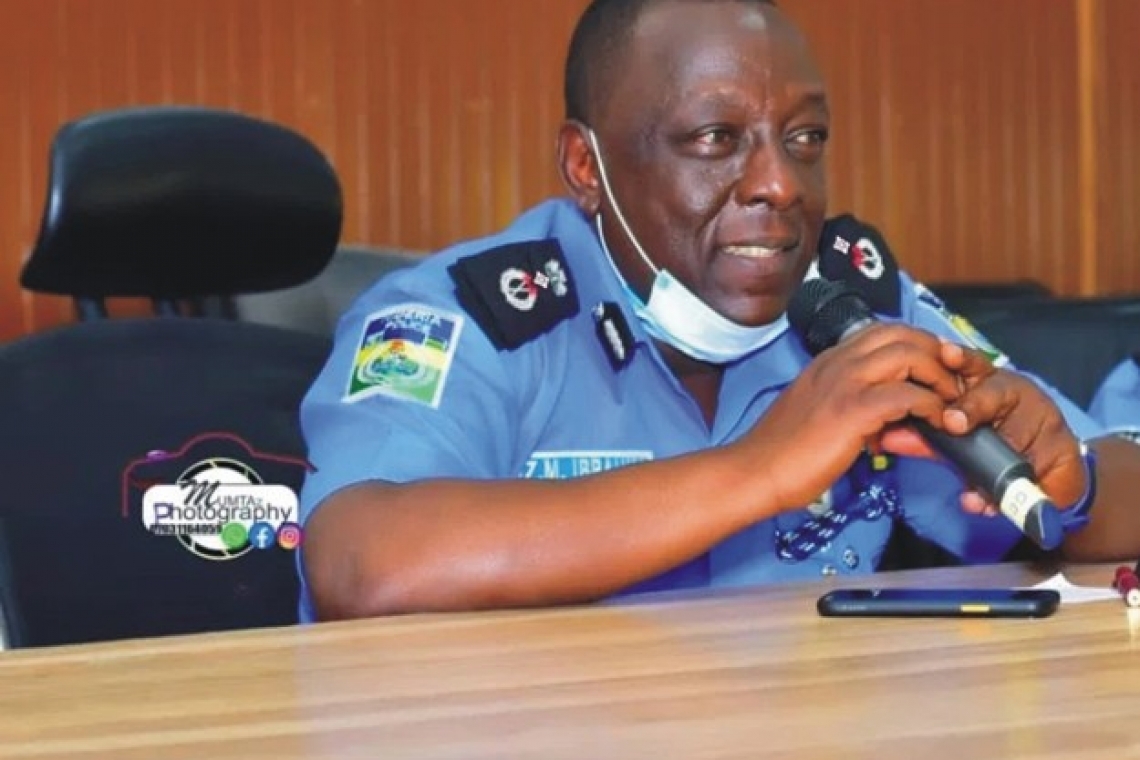 DIG Zanna explores the phenomenon of prison break in Nigeria, and provide responses to troubling questions.

The prison (correctional centre) is an important component of the criminal justice system (CJS) and serves the formal function of punishing and incarcerating offenders or those who are found guilty by the criminal law of the society (Alex, Adigizi & Aguye, 2015). Nigeria’s criminal justice system like in other parts of the world play a pivotal role in the maintenance of law and order in any society.  A state of decay and anarchy is a pointer to a weak or failed Criminal Justice System (Sanomi A, 2020).Though the prison serves the dual functions of punishment and deterrence, unlawful acts of prisoners forcing their way out of a prison has become a common occurrence in the country with over 2000 inmates reported to have escaped in Edo and Ondo states Correctional Centres during the #ENDSARS protest that rocked the country in October, 2020 (Premium Times, October 25, 2020) and recently 575 detainees reportedly missing after gunmen attacked a correctional facility in Oyo state (VON, October 23, 2021). Noteworthy is the fact that many Boko Haram suspects amongst other hardened criminals incarcerated for serious offences such as terrorism, murder, kidnapping, banditry etc were equally forcefully freed by their members or other prison incidents back to the community. While these riots and mass escapes call into question the capacity of the prison service to manage prisoners effectively and equally beckon for immediate Prison Service Reform, the urgent need to investigate these bust outs, breakouts, jailbreak, or prison breaks as often called across the country,with a view to forestalling reoccurrence and the attendant negative consequence such as recidivism - the reoccurrence of criminal activity, fear, safety/security threat and rise in crime and criminal activities cannot be overemphasized.

iii.        Prison    Authorities Ill Prepared to  Respond to Major Incidents: Prison authorities may be ill prepared to respond to major destabilizing and/or life-threatening incidents for a number of reasons. These could include a lack of training, inappropriate staff or staffing levels, lack of specific equipment, and non-existent, poorly coordinated or incomplete response capacities. Roles and responsibilities need to be clearly understood for interventions to be effective.

iii.Inadequate Logistics for Prison Management:  Prisons need to have the necessary logistical support, technology and equipment to allow them to respond to daily concerns and issues, as well as to respond effectively to major destabilizing incidents in a prison. Mostly, these essential equipment, such as generators and vehicles, are often in need of repair or non existent.

vii.       Weak Physical Prison Infrastructure:  in many instances, the prison infrastructure is weak, destroyed or inadequate. Improvements in infrastructure need to be coordinated with proper training of staff and the development of policies that ensure prison security. At many prisons, there is a weak or non-existent security perimeter. The accumulation of deficiencies in infrastructure increases security risks in a prison. In many prisons, there is little capacity to isolate and contain prisoners should the need arise or their security risk merit such control. Similarly, there is little ability to effectively separate and protect different categories of prisoners, especially vulnerable prisoners such as females, juveniles, and those with mental illnesses or physical disabilities or high risk prisoners.

viii.      Lack of collaboration/cooperation with other agencies

It is essential that prison officers demonstrate to prisoners that they are in charge of the prison and that they take an active interest in ensuring the safety of all concerned and in upholding basic human rights for all prisoners.

These factors underscore the critical importance of staff presence in observing/analysing prisoner behaviour on a continuous basis. Changes in prisoner relationships, associations or behaviours can be symptomatic of the potential for conflicts between prisoners, or between prisoners and staff, which may result in prison incidents. In situations where there are a large number of prisoners, few staff and little documentation, it becomes difficult to assess each prisoner, including their demeanour, as to the level of security risk they represent.

The intelligence function is a critical component of any organization. Imprisonment is not necessarily a deterrent to continued criminal behaviour. Some prisoners continue with their criminal activity while in prison. This can take the form of operating illicit businesses, attempting to radicalize other prisoners, and sustaining gang related activity in the prison. They may also seek to maintain their outside criminal activity, including directing terrorist operations, operating drug syndicates and serious crime gangs.

Criminals make contacts while in prison and, in some cases, extend, their criminality beyond the prison system. Some prisoners will also plan escapes and initiate activities intended to undermine the good order of the prison. Others will seek to corrupt or manipulate staff and attempt to have things smuggled into the prison.

In order to ensure that the prison authorities can identify these activities, all prisons should have in place a structured prison intelligence system to enable security and related information to be gathered and evaluated in a secure environment, consistent with national legislation, in order to meet security and intelligence objectives. All prison staff should have the responsibility to actively gather security information and pass this information to the security department. This is a key aspect of dynamic security and requires staff to actively engage, and maintain professional relationships, with prisoners if they are to obtain good quality information.For instance, prison staff have always attempted to identify the common thread that links clues about what is happening in prison, or keep a mental note of the habits of particular prisoners, or cultivate special relationships with some prisoners who provide inside information.This has always been simply considered to be good prison work.

(a) Incident intelligence—all information about the incident to establish if intervention is required.

(b) Tactical information—all information in connection with the incident that is needed for the tactical teams.

(c) Person (or biographical) intelligence—all information in connection with the person(s) involved. This information is used to develop a profile on personality type so that incident commanders can make informed decisions on strategies and options.

iii.         To effectively guide staff in their daily routines, and to maintain good order, a number of organizational elements need to be in place, including relevant policies, security processes and routines, supervision of staff and prisoners, and clear plans on how to proceed should a prison incident occur. As outlined below, these include:

iii.         Physical security: A fundamental aspect of prison security is the physical security of the institution. Aspects of physical security include the architecture of the prison buildings, the strength of the walls of those buildings, the bars on the windows, the doors and walls of the accommodation units, the specifications of the perimeter wall and fences,watchtowers and so on. They also include the provision of physical aids to security such as locks, cameras, alarm systems (internal and external), x-ray machines, metal detectors, radios, handcuffs and such like.

Applying techniques (often known as “target hardening techniques” to the perimeter will also prevent or delay an escape. These techniques, include:

These measures help to ensure that vehicles containing explosives cannot reach the perimeter. In addition, the area around the perimeter should be clear of vegetation and buildings to create clear lines of sight and a defensible space.

*          Risk of violence towards staff, other prisoners and visitors

*          Risk of prisoners from within the prison directing criminal activity taking place outside the prison (for example, conducting organized crime-related activities, terrorist or gang activity, drug trafficking, intimidating or corrupting witnesses, judiciary, lawyers or jurors).The type of risk the prisoner poses will have a profound impact on the risk management strategy.

The overriding consideration in risk assessment is the protection of the public. Those involved in undertaking risk assessments need to be satisfied that the prisoner’s riskis reducing, in order to recommend progressive moves to lower security institutions and that the risk has reduced to an acceptable level compatible with the protectionof public safety, in order to recommend release.

A number of criteria have been identified for assessing escape risk. They would usually include the following:

*          The threat the prisoner might present to the community if he or she were to escape.

*          The likelihood that the person will try to escape, either on his or her own or with external assistance

*          Previous history of attempting to escape and access to external help.

*          The nature of the crime for which the prisoner was convicted

*          Length of sentence, which usually reflects the nature of the crime

*          The potential for threat to other prisoners and staff

Initial risk assessment should not over-focus on observable behaviour but should encourage identification of less obvious features that might signify risk.

Important aspects which should feature within the risk assessments should not be overlooked,including:

*          Thinking skills deficits, such as the failure to anticipate consequences

*          Emotional immaturity, such as difficulty coping with loss, rejection or stress

*          Analysis of the motivation for the violence within the offence

Intelligence, both internal prison intelligence and intelligence from other law enforcement agencies, can be a vital part of any risk assessment, as it often provides insight that other sources cannot bring to the assessment.

Depending on the jurisdiction in which the assessment is being carried out, specific issues will need to be included within some of the above criteria, such as gang affiliation, conviction for terrorism-related offences or membership in an organized crime syndicate. Important additional issues to look at within the assessment of such prisoners would be their role within their organization or group (i.e. high or low level) and the risk of their influencing, indoctrinating or recruiting other prisoners; their risk management will need to take these threats into account.

With regard to offenders convicted for terrorism-related offences, or violent extremist offenders, it is very important to understand that not all such persons are the same.Motivations, circumstances and reasons why individuals commit the same type of offence are often varied and complex. The risk assessment of such offenders. Needs to be informed by a sophisticated understanding of the characteristics of the organization to which they belong and their motivations.

vi. Categorization and allocation: Once a thorough risk assessment has taken place, prisoners should be categorized according to the appropriate level of security they will need to be held in. The categorization of prisoners is also essential to decide their allocation to a suitable prison or unit within a prison and, together with the findings of their risk and needs assessment,it provides the basis for the development of individualized sentence plans. In most jurisdictions, prisoners are described according to their security category, which may be high, medium or low. The security category of a prison is based on the level of security that exists in the prison. A high-security prison would have significant physical, procedural and dynamic security arrangements in place so that it would be impossible for a prisoner to escape. In contrast, a low-security prison may have no locks on cell doors and a low perimeter fence.In deciding on the allocation of prisoners, the principles of legality, necessity, accountability, proportionality and non-discrimination should always be respected. This would mean that all prisoners are held in the least restrictive setting ... To be Continued in our next edition