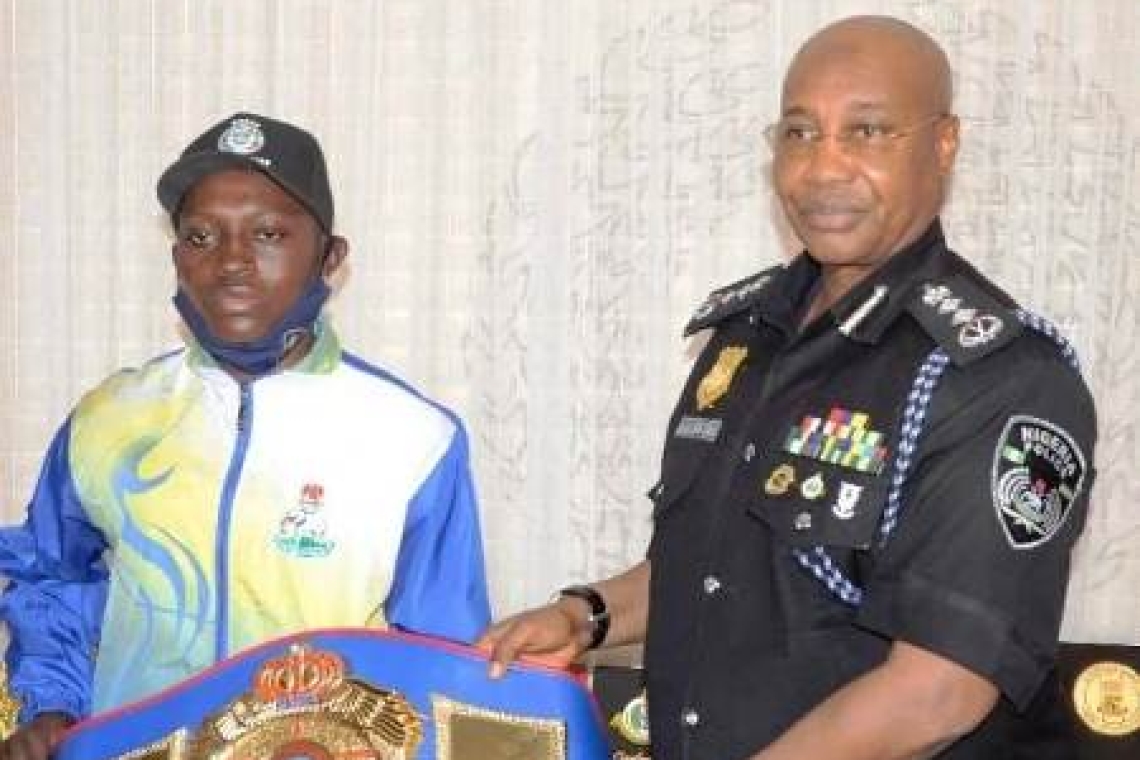 ...splashes cash on her as she receives special promotion

In a press statement by the Acting Force Spokesperson, CSP Olumuyiwa Adejobi said that with four (4) wins and three (3) knockouts, she won the championship bout based on a unanimous decision on Friday, February 18, 2022, as the first Nigerian and African female to achieve the feat.

The IGP, while receiving the WBF Champion, in company of the Force Management Team and the Force Sports Officer, DCP Patrick Atayero, commended her bravery, gallantry and steadfastness. The Police boss who was elated at the uniqueness of her achievement, awarded her a special promotion to the next rank of Corporal and a monetary reward. The IGP also extended a monetary reward to her coach, Inspector Augustine Okporu.

The IGP further noted the immense contributions of the Nigeria Police Force to sports development in Nigeria and emphasized that PC Aina has joined the long list of police officers who have distinguished themselves in the area of sports development in the country and across the globe. The IGP, therefore, urged all members of the Force to take advantage of the several maidens, but annual, sports championships organized by his administration in 2021, to develop their skills and leverage on it to propel themselves onto the world stage. 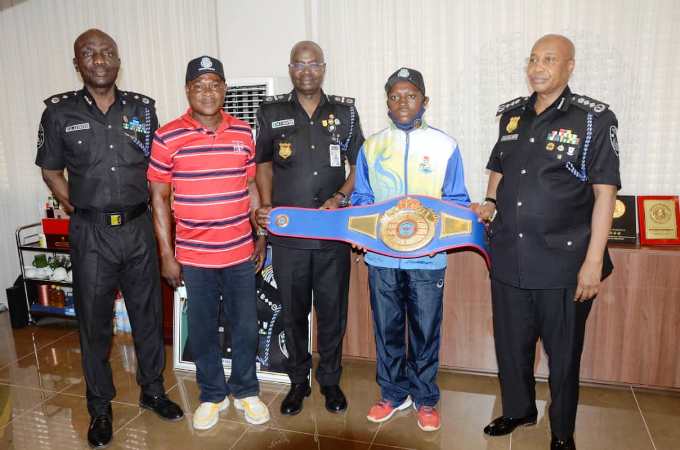 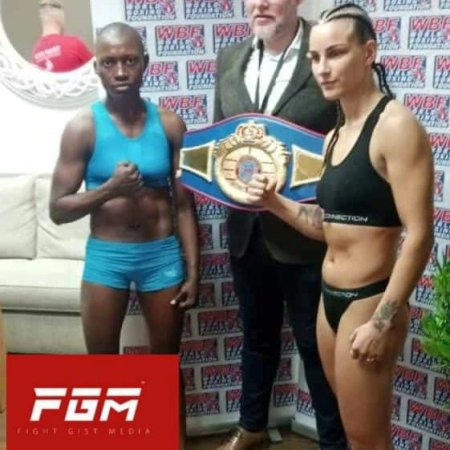