Police Thwart Robbery in a Gun Duel with Hoodlums 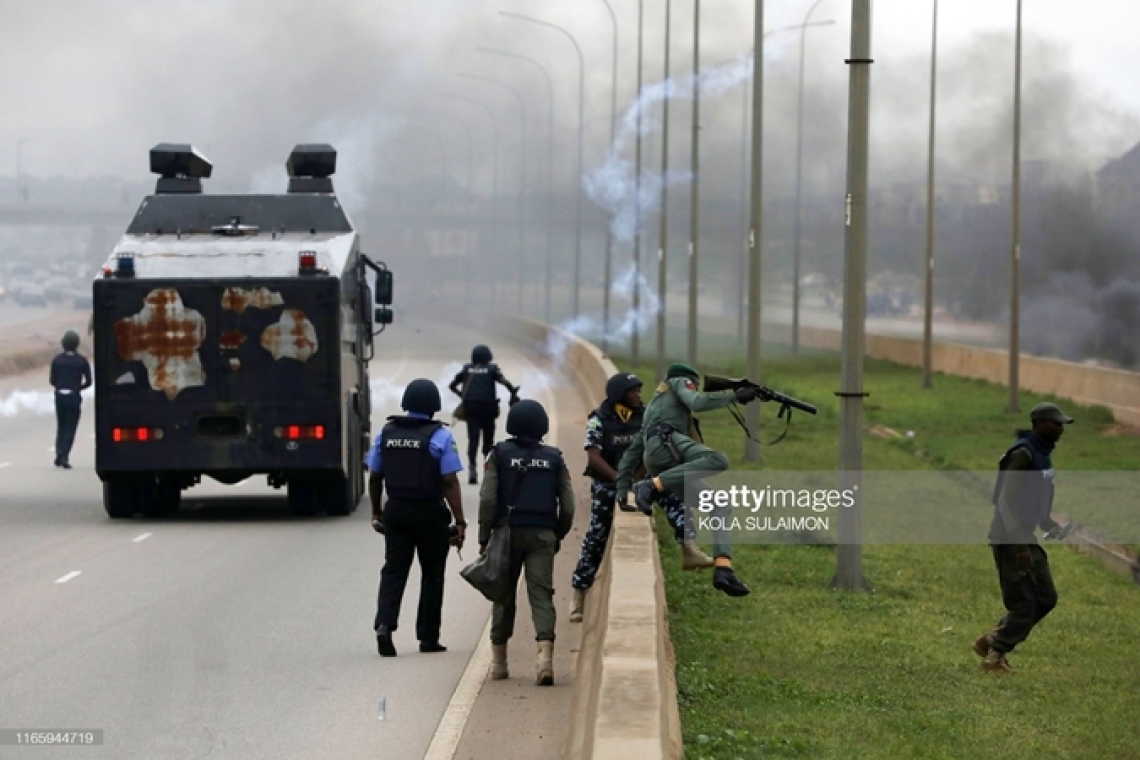 According to a press release by the Police Public Relations Officer (PPRO), DSP Bright Edafe, the Command got the information of an alleged dare devil armed hoodlums that were reportedly firing intense gunshots at Morfor Motor Garage of Udu Local Government Area of the State and in the process shot three persons dead.

On the receipt of the information, the Commissioner of Police, Delta State Police Command, CP Ari Muhammed Ali swiftly directed the Divisional Police Officer (DPO), Ovwian Aladja Police Station to go after the hoodlums. On sighting the Police arrival at the scene, the suspects fled towards Udu-Otokutu expressway in a red mercury mariner jeep with reg. No. Abuja KWL895RQ but on getting to Igbeki in Ovwian Aladjan, they again attempted to attack one chief (name withheld) unknown to them that the chief had a team of Special Protection Unit (SPU) personnel escorting him.

However, on noticing the presence of the SPU personnel, the hoodlums numbering about four (4) diverted to a street in Igbeki Udu. The combined team of SPU personnel and Ovwian Aladja Patrol teams led by the DPO of Ovwian Aladja Police Station went after the hoodlums and the suspects engaged the Police teams in a gun battle and in the ensuing shootout, two of the armed robbers sustained gunshot injuries while the other members of the gang escaped into the bush.

The injured suspects were taken to the hospital for treatment where they gave up the ghost while receiving treatment. One AK 47 rifle with breech No.148399, one magazine loaded with eleven rounds of 7.62mm live ammunition, three cut-to-sizes locally made guns, and one red Mercury Mariner Jeep with Reg. No. Abuja KWL 895RQ which was the suspected operational vehicle of the suspects were recovered as exhibits while manhunt for the fleeing suspects is ongoing.