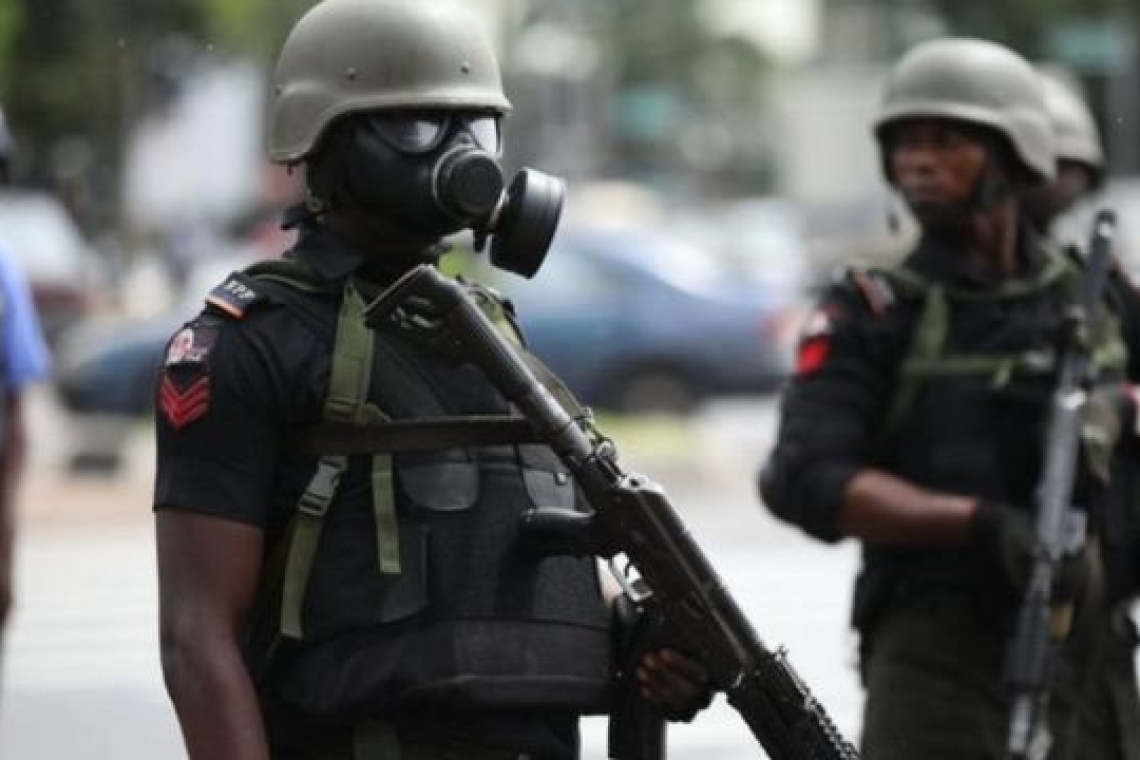 In a statement signed by the Command’s Public Relations Officer, DSP Adewale Osifeso Anipr, it was noted that these suspects stormed Iyana Court area with dangerous weapons such as guns, cutlasses, jack knives and some other weapons, broke into several houses, attacked the people and carted away huge sums of money, cell phones and other valuables at gun point.

He further stated that as soon as the incident was reported at the Monitoring Unit of the Command, a team of operatives swung into action to fish out the criminals and in the process, seven members of the gang were arrested in connection with the crime and the following exhibits; 1 Sword, 1 Face Mask, 1 Cutlass and 10 Cell phones were recovered from them.

In a related development, the Monitoring Unit of the Command also arrested one Rowland Ayodeji ‘m’ 33, member of a notorious armed robbery gang  at Akatapa, Ologuneru area of Ibadan with dangerous weapons such as guns, cutlasses, jack knives and some other weapons.

According to DSP Adewale, the gang members broke into several houses within the community, attacked the people and carted away huge sum of money, cell phones and other valuable items at gunpoint.

He further said as soon as the hoodlums were fleeing from the community, the aforementioned suspect, Rowland, was arrested in connection with the crime; adding that interrogation revealed that the suspect who is an ex-convict regained his liberty after serving an eight-year jail term in Agodi Correctional Center for the offence of armed robbery. He also said that the suspect confessed to the crime and masterminded the robbery with three of his gang members who are at large.

Meanwhile, the Commissioner of Police, CP Ngozi has directed that the cases be discreetly investigated and charged to court.

Oyo State Commissioner of Police, CP Ngozi Onadeko in her recent briefing with Newsmen, stated that the Command has made tremendous achievements in the year 2021 through purpose driven intelligence and by redefining its operational and tactical architecture to engage emerging security challenges. She also stated that through strategic partnership with sister agencies and other non-state actors, the fight against crime and criminality in the State has been successful.

In addition, CP Ngozi has strongly condemned the rising trend of jungle justice in the State. She described it as inhumane; a gross violation of the victim’s right to fair-hearing, utter disregard on the sanctity of human life and therefore appealed to the consciences of the people of the State against the unpleasant act.

”While re-affirming our commitment to justice and assurances of a sustained level of relative tranquility in the New Year and beyond, Oyo State Police Command anticipates improved cooperation from the citizenry especially in the areas of providing credible and timely information germane to birthing a crime-free State.” CP Ngozi added.

In conclusion, she said in cases of emergency, the Command can be reached through these emergency control room numbers: 615 (Toll free) (OYO STATE SECURITY TRUST FUND). Oyo State Police Command emergency lines 07055495413 and 08081768614.