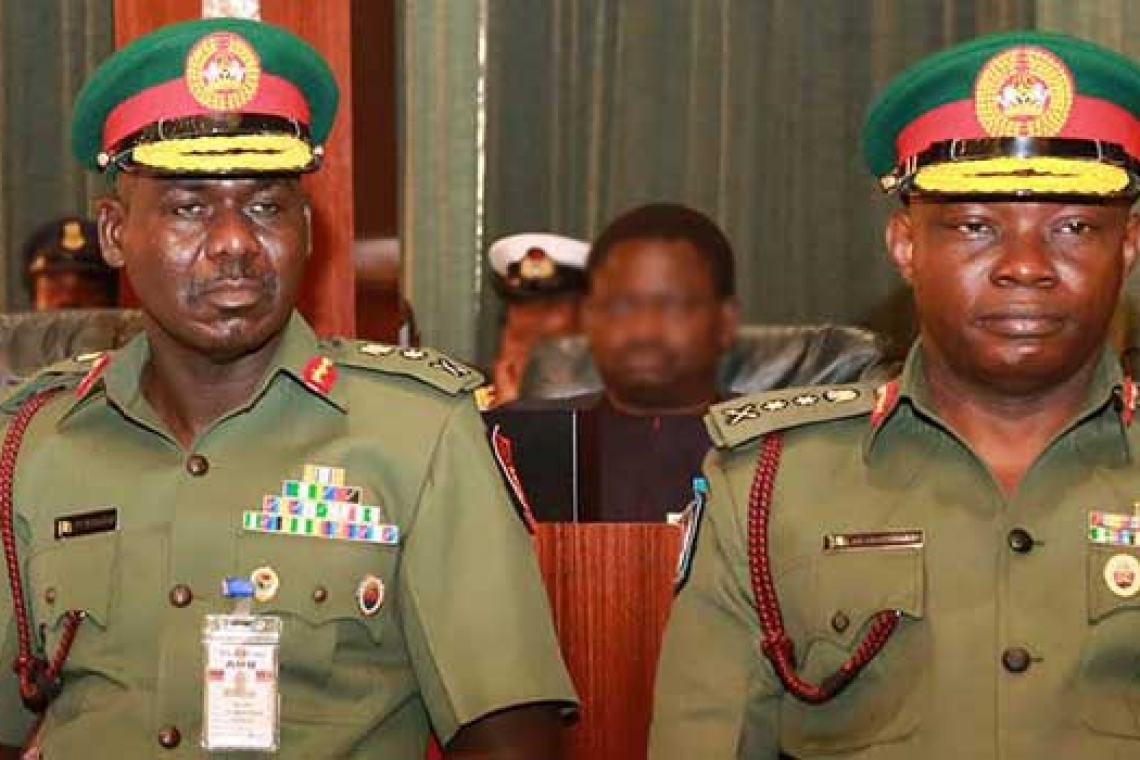 Former Chief of Army Staff Lt. Gen. Tukur Buratai (rtd) has been appointed Nigeria’s Ambassador to Benin Republic, while Chief of Defence Staff General Olonisakin (rtd) is to be the Head of Mission to Cameroon. It could be recalled that Olonisakin and Buratai, were appointed ambassadors by His Excellency President Muhammadu Buhari, GCFR on February 4, 2021 along former Chief of Naval Staff, Vice Admiral Ibok- Ette Ibas (rtd) and former Chief of Air Staff, Vice Marshal Sadique Abubakar (rtd).

According to Mr. Kimiebi Ebienfa, Information Officer of the Ministry of Foreign Affairs, the Minister of Foreign Affairs, Geoffrey Onyeama, in Abuja on 22 June, 2021, at a brief ceremony presented Letters of Credence to the Ambassador-Designate of Nigeria to the Republic of Cameroon, General Abayomi Gabriel Olonisakin (rtd) and the Ambassador-Designate of Nigeria to the Republic of Benin, Lt. Gen. Tukur Yusufu Buratai (rtd). The Minister has congratulated the ex-Service Chiefs on their appointment by the President and called on them to deploy their wealth of knowledge and experience to promote Nigeria’s interest during their tour of duty in countries of accreditation.