From Catastrophe to Cacophonic Joy 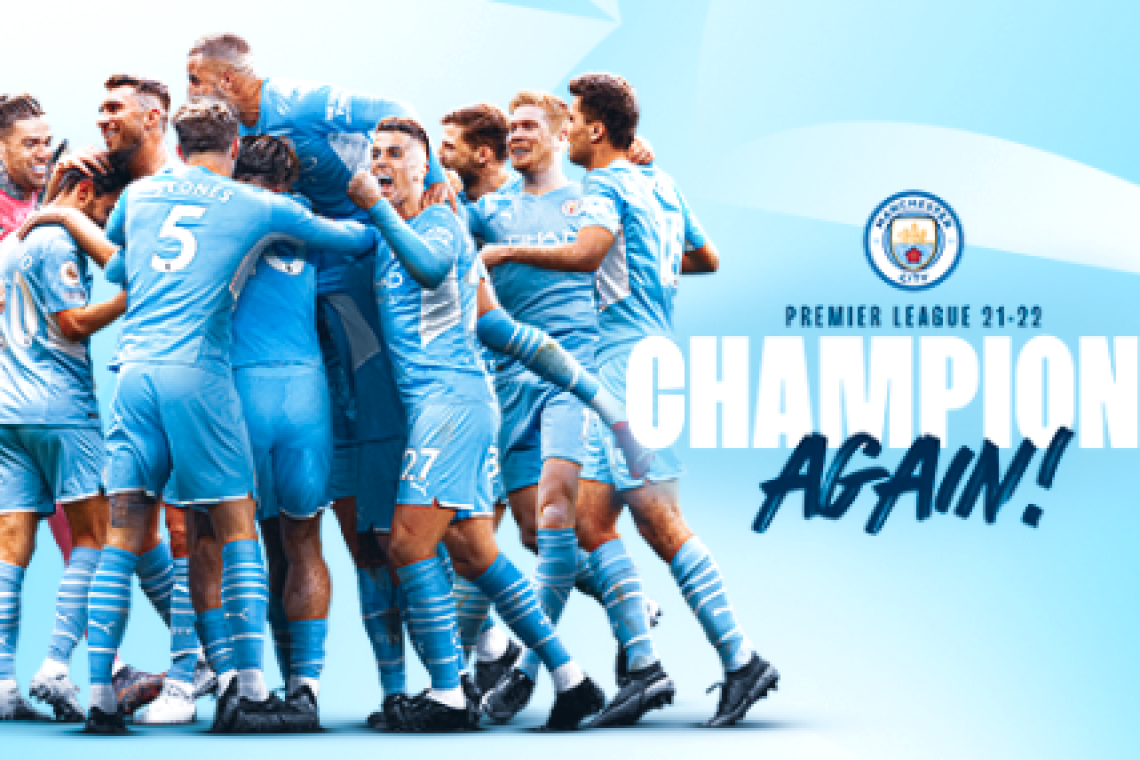 The sky assumed several gloomy colours for Manchester City at the Etihad stadium as they slugged it out with Aston Villa in their final Premier League fixture for the 2021/22 league season.

For the second time in four seasons, City and Liverpool went into the final day in the Premier League title battle with just a point separating the duo.

Football Calculation was a bit complex for the Liverpool side as their hope of clinching the Premier League title was not only dependent on outshining their Wolves counterpart on the score sheet, but also hoping for their fellow title contender – City, to falter in their home game.

The 90 minutes of both matches which ran simultaneously, provided the world, especially football lovers, with one of the most emotional, intriguing and drama parked minutes of play in football history.

A Sadio Mane 24th minute goal neutralized Wolves' early lone goal lead, raising palpable hope of bringing the title to Anfield. For City, hope didn’t come early like it did for the Reds as the first half finished uneventfully for the Etihad owners. However, just about the 25th minute of the second half, Manchester City’s gaffer, Pep Guardiola introduced new feet, rejigging the team’s play style.

Ilkay Gundogan came in and goals started pouring. A brace from Gundogan and a strike from Rodri sent Cityzens from gloom to glory, from grass to grace; a moment captured in the beautiful descriptive words of a foremost football commentator – Peter Drury, as moving from catastrophe to cacophonic joy.

At Anfield, Mohamed Salah and Andrew Robertson's late minutes goal saw Liverpool winning 3 goals to 1 while City won 3 goals to 2 in Etihad. In the world of football arithmetic, City’s win mattered more as it granted them the clay to cement their one-point lead over Liverpool to clinch the 2021/22 Premier League title. In London and among Premier League fans across the globe, the sky is indeed blue!