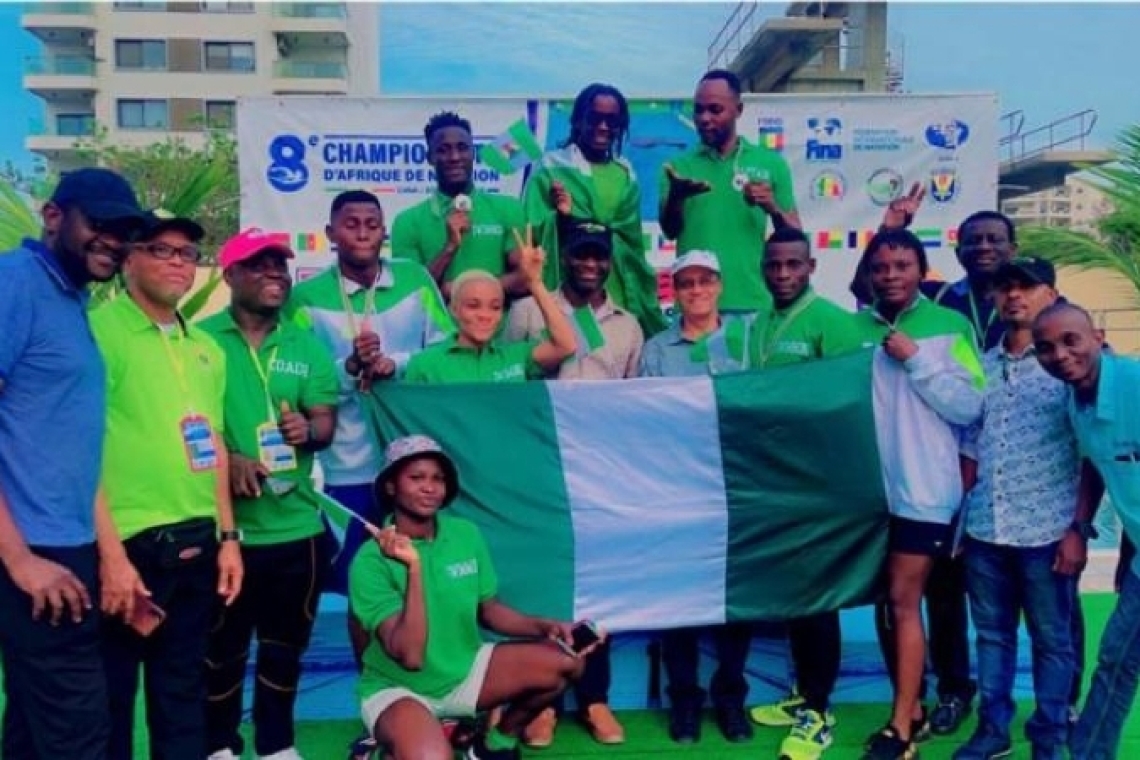 The IGP Swimmers took the center stage for Team Nigeria winning a flurry of medals and ensuring Nigeria emerged 2nd place overall in yet another excellent outing  at the CANA Zone 2 Aquatics Championship. This feat is in line with the vision and mission of the Inspector General of Police, IGP Usman Alkali Baba , psc(+), NPM, fdc, for Sports in the Force and Nigeria.

The 8th CANA Zone 2 Aquatics Championship which held in Dakar - Senegal from 27th to 29th May, 2022, featured three (3) IGP Swimmers (2 male and 1 female) namely, Sergeant Yellow Yeiyah, Police Constable Collins Obi (who it could be recalled the IGP earlier approved of his 1-year World Aquatics Scholarship in Kazan －Russia in 2021) and Woman Police Constable Oka Eworo all competing for Nigeria.

These trio after an intensive National Qualifiers, made the National team and showed that it was no fluke as they hurled in a total of 20 Medals at the African Zonal Championship. Sergeant Yellow Yeiyah won 4 Silver 🥈 Medals, PC Collins Obi won 1 Gold 🥇  and 9 Silver 🥈 Medals, while W/PC Oka Eworo won 5 Silver 🥈and 1 Bronze 🥉 Medals. With this feat, PC Collins Obi and W/PC Oka Eworo have qualified for the World Aquatics Championship scheduled to hold at Budapest in Hungary, later in June, 2022.

On their arrival back to Lagos, Nigeria, at the early hours of Tuesday 31st May, 2022, the spectacular IGP Swimmers were received on behalf of the Force by the Caretaker Chairman of the Police Swimming Association, ACP Bello Shuaibu, a renowned achiever in the Swimming Sport, who couldn't be with the team at Dakar due to other Official duties. ACP Bello conveyed the  CONGRATULATIONS of the amiable and sports loving Inspector General of Police which was communicated through the Chairman/Sole Administrator of the Force Sports Planning Committee AIG Hafiz M. Inuwa, mni, and further  through the Force Sports Officer DCP Patrick A. Atayero to him. He emphasized that it was to show that the hierarchy of the Force is deeply pleased with the outstanding performance of the Swimmers.

He assured the Swimmers of the continued support of the Force as he stated that he was sure they will work much harder to put up an even more outstanding performance at the World Championship. He concluded by reiterating the promise that the IGP Swimmers will always ensure to be good Ambassadors of the Force wherever they go.