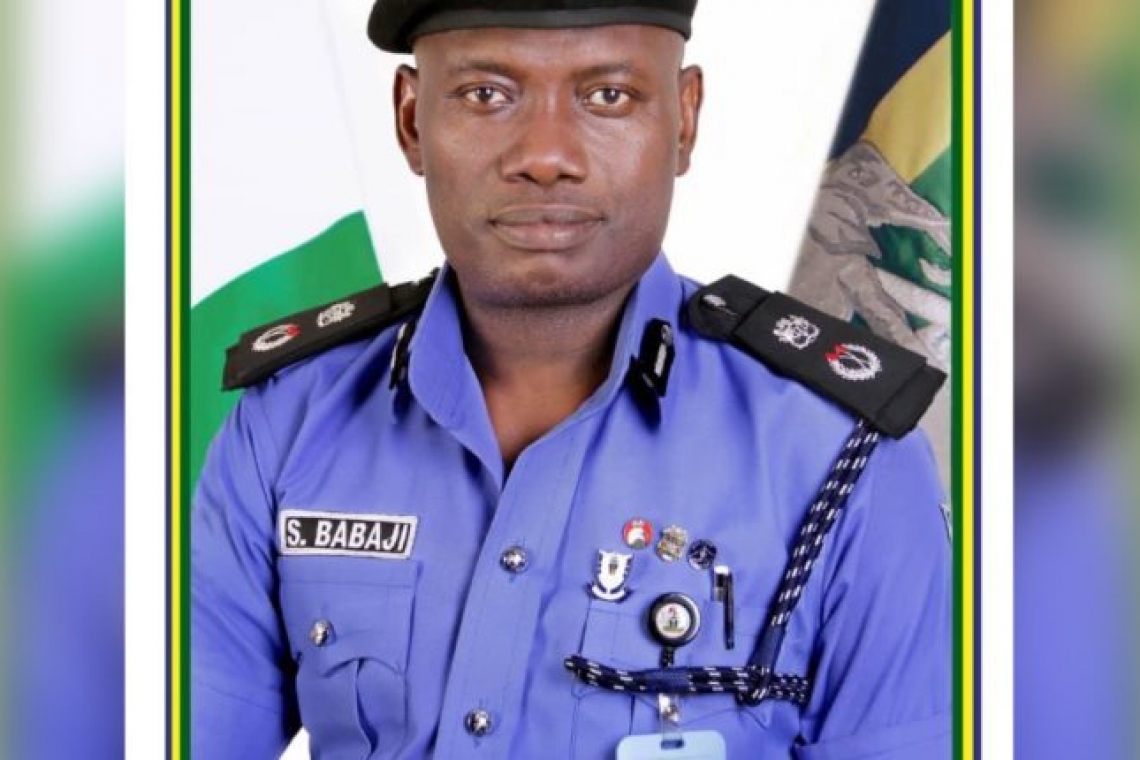 Police Officers in The FCT Police Command have arrested suspects for alleged kidnapping, and two (2) AK-47 Rifles and 60 rounds of live ammunition were recovered.

According to a press briefing held by the Command’s Commissioner of Police, CP Babaji Sunday, officers from Dawaki Police Station acted on a tip-off and arrested one Danjuma Mohammed, 38, in possession of two (2) AK-47 rifles and sixty (60) rounds of live ammunition while transporting exhibits. The investigation led to the arrest of Yahaya Musa, 47, and Shagari Ahmadu, 42, who are members of the same syndicate which specializes in kidnapping their victims for ransom around the Bwari/ Kwali axis of the FCT.

Consequent upon a clearance operation launched at their camp in Bwari axis, Police Officers from Bwari Police Station recovered two (2) AK-47 rifles and ninety (90) rounds of live ammunition abandoned by the suspects who escaped the camp on sighting the arrival of the gallant officers.

In total, four (4) AK-47 Rifles and one hundred and fifty (150) rounds of live ammunition were recovered and the suspects would be arraigned in court upon the conclusion of the investigation.

Similarly, in another clearance operation carried out in a camp suspected to be that of kidnappers, by the Command’s Anti-Violent Crime Section along the Kwaita-Kwali axis of the FCT, one thousand six hundred (1,600) live ammunition and fifteen (15) empty magazines were recovered.

Also, the Command’s Anti-Car Theft section arrested one David Friday, 25, and his accomplice Moses Benjamin, 34, for allegedly stealing a Toyota corolla car at Goza market, Airport road. Investigation revealed that the car belongs to his employer and the suspect fabricated a spare key of the car which he handed over to his accomplice to steal the said car from where it was parked. The Officers recovered the vehicle from the suspects and are set to arraign the culprits in court upon conclusion of the investigation.

In another development, the Eagle-eyed operatives from Mabushi Police Station while on stop and search duty nabbed one Confidence David, 24, and Charles Courage, 20, suspected to be cultists. A locally made pistol was found in their possession, while one of the suspects, Confidence David, confessed to being a member of Viking’s confraternity.

FCT Police Command has arrested a suspected drug peddler while acting on credible intelligence in Abuja.

According to a press briefing by the Command’s Commissioner of Police, CP Babaji Sunday, Police Officers of the Command’s Anti-violence Crime section have arrested one Dada Hassan, 55, along the Giri axis of the FCT. The suspect was arrested in possession of twenty (20) bags of dried leaves suspected to be cannabis.

The suspect will be handed over to the NDLEA upon the conclusion of  investigation.

In another development, while acting on a tip-off, Police officers from Bwari Division, foiled a kidnap attempt by one Nyale Kachia, Sani Damina, and Yusuf Samaila. The suspects were arrested while trying to kidnap their victim who is an uncle to Nyale Kachia (one of the suspects) along the Bwari axis of the FCT and they confessed to the crime, one (1) machete and two (2) sticks were recovered from the hoodlums.

Also, in August 2021 Police Officers from Karshi Division arrested a kidnapping syndicate who specializes in staging the abduction of members of their families and demanding ransom. The suspects, Adamu Jibrin, 37, Mohammed Dahiru Husseini, 38, and Abubakar Ya’u, 35, were arrested by the Police in the Command at the Karshi axis of the FCT and they voluntarily confessed to the crime.

Investigation revealed that they threatened to kidnap a brother to Adamu Jibrin and collected a ransom of seven hundred and fifty thousand naira (N750,000) for him not to be kidnapped.

The suspects will be charged to court upon the conclusion of investigation.

Police Officers attached to the FCT Command’s Anti-Violence Crime Section in September 2021, have arrested one Bola Wasiu Adebola, 45, for allegedly obtaining money under false pretense. A press release by the Command’s Spokesperson, DSP Josephine Adeh, noted that the suspect, Bola Wasiu who poses as a beggar confessed that he fraudulently obtains money from his victims under the guise of fortune-telling. He defrauded his victim of the sum of eight hundred thousand naira (N800,000) and was arrested around Area One axis of the FCT.

Similarly, Police Officers attached to the Central Police Station, FCT Command, in September 2021, have arrested eleven (11) suspects, for alleged vandalization, phone/ bag snatching, stealing, and receiving of stolen properties within the city Centre. The suspect, Abba Usman, 19, was arrested for stealing 8 units of prefab iron and selling them to Habibu Umar, 17, while Suleiman Abdullahi, 23, who specializes in snatching peoples phones and breaking into shops was arrested for breaking into a shop and stealing 15 crates of maltina drinks and one mobile phone. He sold 10 crates to Mohammed Sani, 32, at the cost of 2,500 per crate and 5 crates to Bashir Abdullahi, 30, at the cost of 2,000 each. Abdulazez Yusuf, 25, Bilyaminu Abdullahi, 26, and Samson Joshua, 24, confessed to being members of a phone/ bag snatching syndicate that operates along the Wuse and Central Area of the FCT.

Their confession revealed that they sold their stolen products to Rabiu Ali, 22, Aliyu Aliyu, 26, and Umar Haruna. The suspects will be charged to court upon the conclusion of the investigation.

FCT Police Command has arrested a suspect, one Badawi Abdullahi Ahmed, 38,  alleged of specializing in stealing cars from where parked.

A press release by the Command’s Police Public Relations Officer (PPRO), DSP Josephine Adeh, noted that the suspect, Badawi Abdullahi Ahmed stole one blue Toyota Corolla with registration number FKJ 625 DV from where it was parked at Aguiyi Ironsi Street Maitama on Tuesday 24th August 2021. On receipt of the information, Police Officers from Maitama Police Station swung into action and trailed the suspect to Talata Mafara Zamfara State where he was intercepted and arrested in possession of the stolen vehicle.

One (1) blue Toyota Corolla with registration number FKJ 625 DV, two (2) keys suspected to be master keys, and a bag containing mechanical tools were recovered as exhibits from the suspect, while the investigation is ongoing, the suspect will be arraigned in court upon conclusion of the investigation.

The Command’s Commissioner of Police, CP Babaji Sunday appeals to residents of the FCT to remain security conscious and should at all times, fortify their vehicles with additional security measures. The Command reassures its firm commitment to the protection of lives and property within the Federal Capital Territory and urged residents to report all suspicious movements to any nearby Police Station for prompt action.