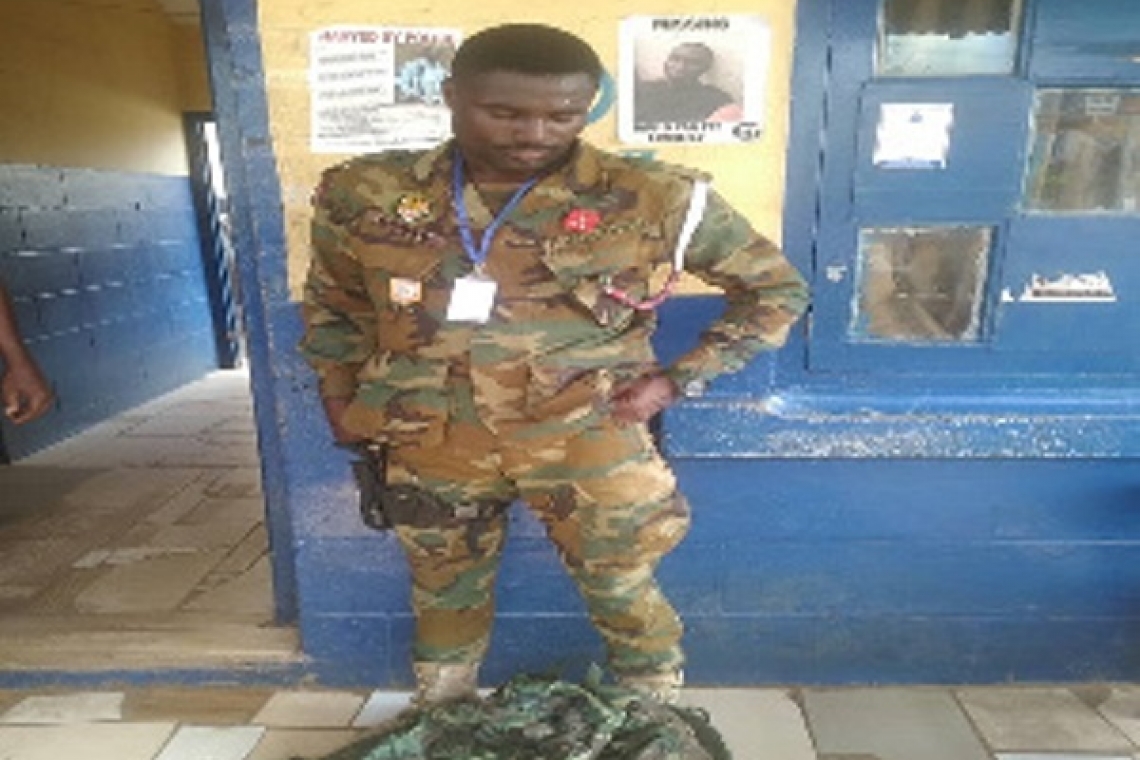 Nasarawa State Police Command has arrested a fake soldier who adorned himself with military camouflage and an AK-47 rifle with two magazines stolen from personnel of the Nigeria Security and Civil Defence Corps (NSCDC).  The suspect whose name is Timothy Emmanuel, 28, was arrested along B.A.D Road, Lafia, based on an intelligence report. Emmanuel hails from Bakin Chiyawa village, Quanpan Local Government Area of Plateau State,

Nasarawa State Commissioner of Police, CP Adesina Soyemi reported that investigation into the matter has revealed that Emmanuel was never enlisted into the Nigerian Army but illegally procured military uniform from military personnel serving in Borno State. The suspect is also said to have been arrested with a stolen Toyota Corolla. CP Adesina added that the suspect  disguised as a soldier  in Jos and stole the AK-47 rifle with two magazines belonging to NSCDC  personnel who went to  carry out  his National Identity Number registration after wrongfully believing that the suspect  was a genuine soldier

CP Adesina further stated that the suspect found his way down to  Nasarawa State and started perpetrating nefarious activities in Karu and Lafia before he was eventually apprehended by a team of detectives from the Command.  Adding that the fake soldier is giving the police useful information that will aid further investigation.

Meanwhile, the police boss has reassured the general public that the command under his watch would do everything possible to reduce crime and criminality in Nasarawa State.