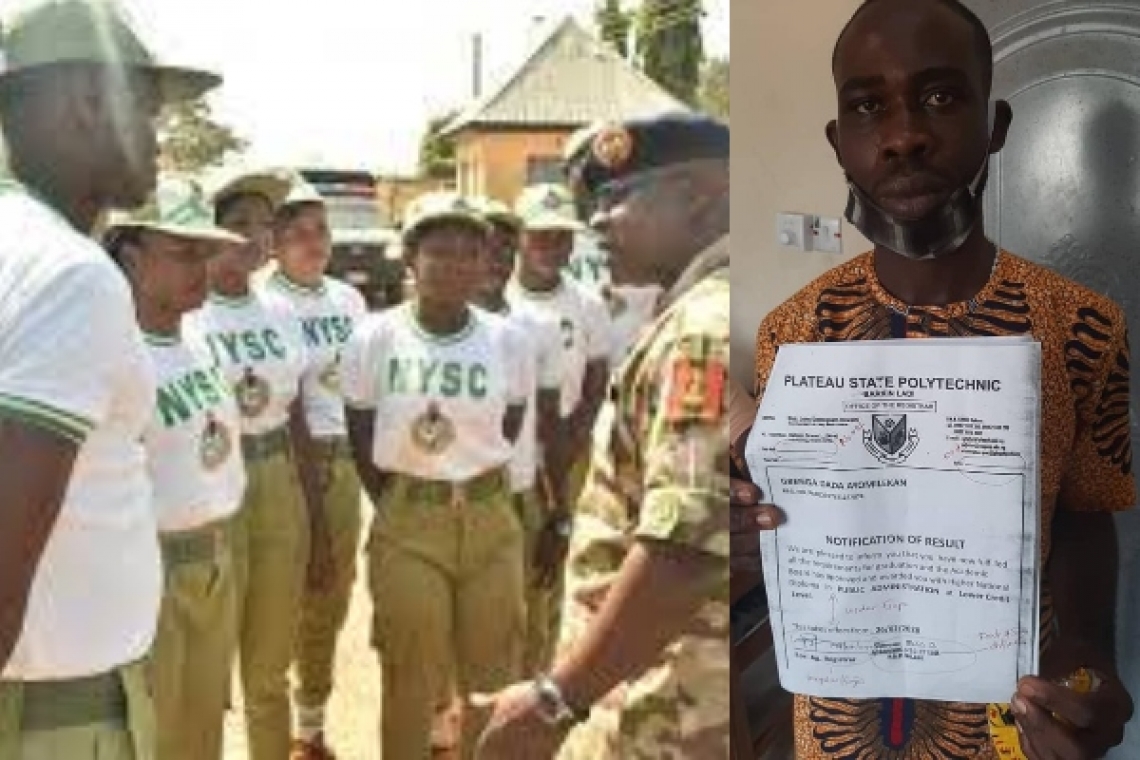 Operatives of the Adamawa Police Command attached to the State Intelligence Bureau, while on an intensive surveillance patrol to ensure safety and security in NYSC Orientation Camp in Girei Local Government Area, apprehended one Dada Gbenga Ayomilekan of Hokolul Street, Oyun Tipper Garage, Ilorin, Kwara State, who was parading himself as a Corp Member with forged certificates.

According to the Police Public Relations Officer DSP Suleiman Yahaya Nguroje, the suspect Ayomilekan claimed to have graduated from Plateau State Polytechnic with lower credit grade and was sent to NYSC Orientation camp.

The Commissioner of Police Aliyu Adamu Alhaji, directed that the matter be discreetly investigated and called on members of the public around the NYSC Camp not to hesitate in reporting men of suspicious conduct in and around the Camp to the Police via these GSM NUMBERS; 08089671313, 08107364974 AND 08053872326.