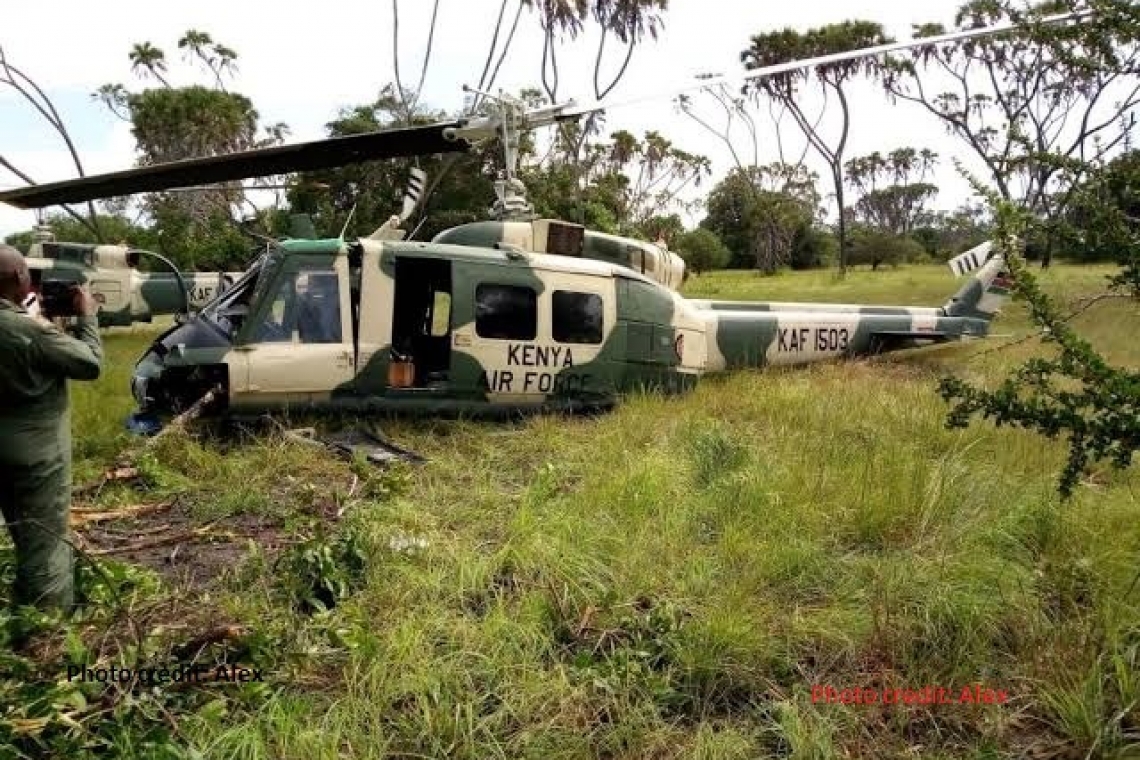 Dark day in Nairobi as military helicopter crash kills at least 10 Kenyan soldiers while landing near the capital. According to Reuters, the crash has been confirmed by the military and local media.

According to Kenya military source, the Kenya Air Force Mi 171 E helicopter crashed at about 9 a.m (0600 GMT) in the county of Kajiado. At least, 10 of the troops were killed and another 13 injured.

The injured officers have been airlifted to the military hospital in the country’s capital, Nairobi for medical attention, and investigation to unravel the cause of the crash is ongoing.

The soldiers aboard were reported to be on a training mission before the awful occurrence.