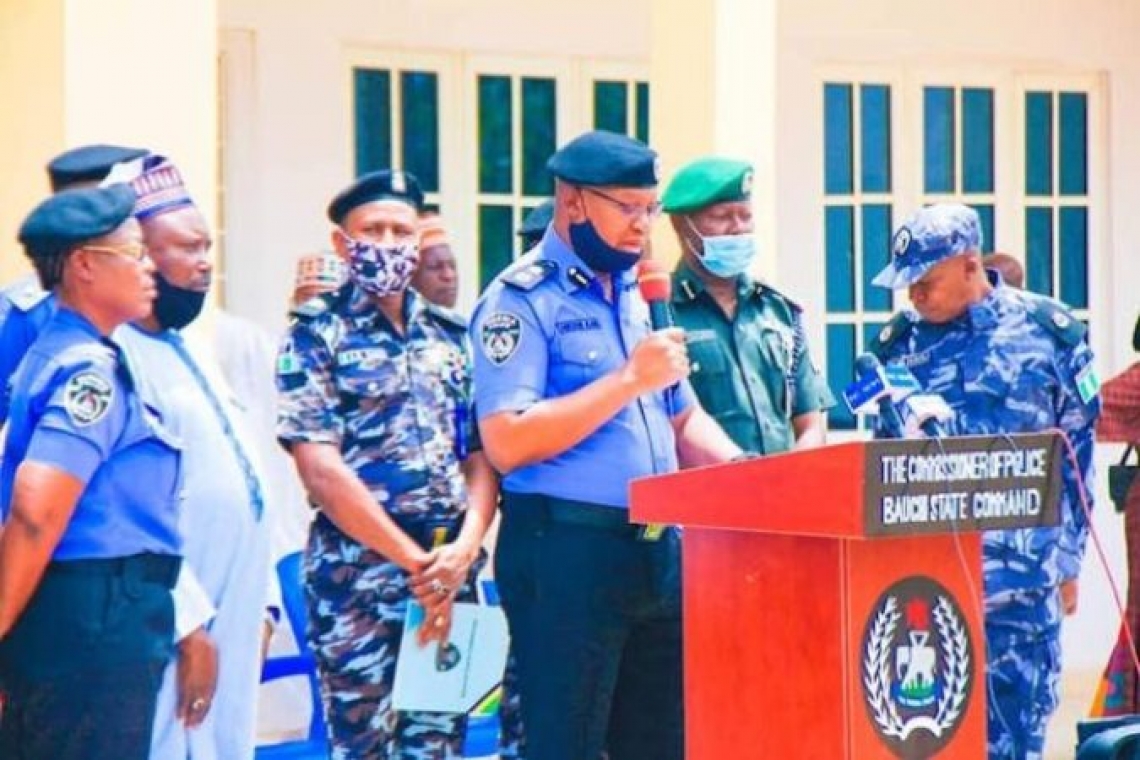 The Commissioner of Police, Bauchi State Command, CP Abiodun S. Alabi, fdc, psc mni, during a press briefing with newsmen said the Command has recorded major achievements within the last six months. The successes were made possible through information availed to the Police from members of the public, who were partners in progress with the Nigeria Police that share the desires and aspirations to enable a safe and secure environment for all residents in the State.

CP Alabi further stated that, the Command has put in place crime preventive measures which includes: visibility policing, community partnership, constant raids of black spots, regular foot and vehicular patrols, surveillance on buildings and vulnerable areas, stop and search, and intelligence-led policing through partnership with sister agencies and other non-governmental organizations in order to nip in the bud, all forms of crime and criminality and to flush out their hideouts in the State.

According to the Bauchi State Police Public Relations Officer (PPRO), SP Ahmad Muhammad Wakili, made known to the public some of the major achievements recorded by the Command. He said within the last 6 months from March 8, 2021 till date, it has recorded over two hundred and twenty-one cases and arrested over three hundred and fifty-two suspects in connection with various crimes committed within and outside the State.

Meanwhile, the Commissioner of Police, CP Alabi, has appreciated the Bauchi State Government, members of the forth estate of the realm, other sister security agencies, judiciary, members of PCRC, Special Constabularies, Hunters association, vigilante group, other relevant stakeholders like Danga security and the entire good people of the State for their cooperation, support, encouragement as well as prayers. He assured that the Command will not relent on its oars to put in measures to weed out unscrupulous elements to ensure a crime-free State.