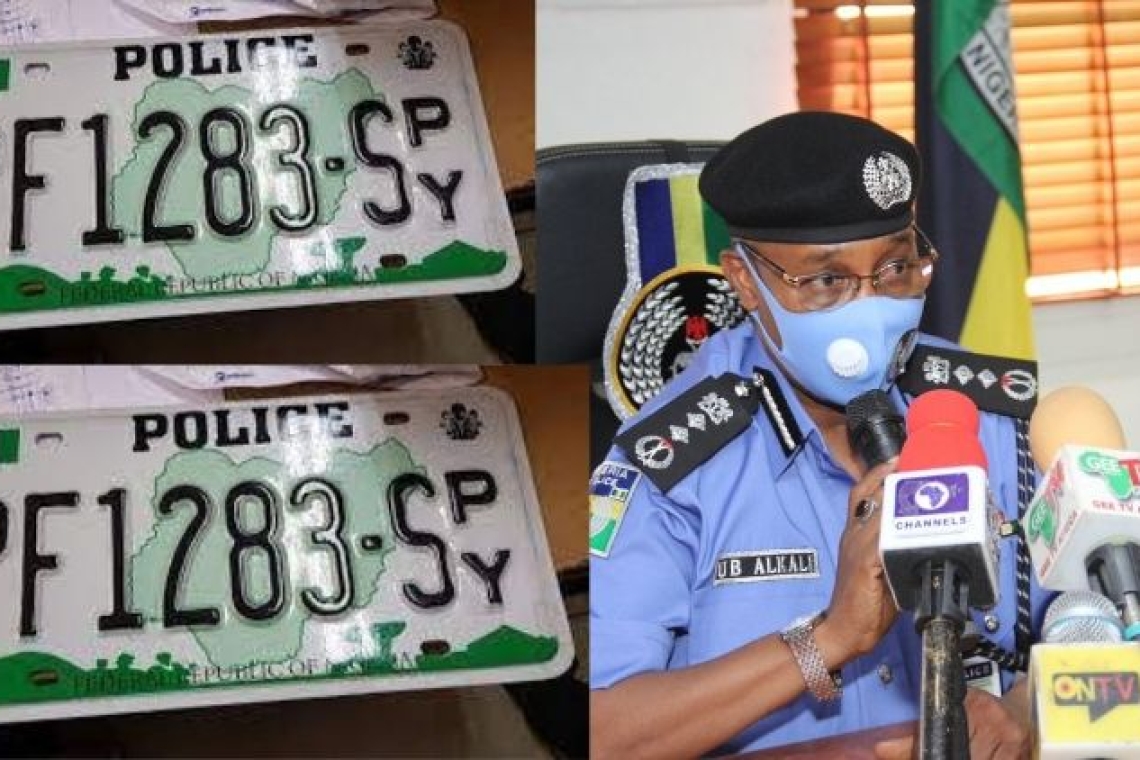 The Nigeria Police has banned the use of SPY Number Plates across the nation. This is in view of the fact that there is a high rise of security threat by men of the underworld which cause for concern. The Nigeria Police Force as the leading internal security agency in Nigeria has put emplace some security measures to curb this menace. It is pertinent to note that many Nigerians break traffic rules and even commit other grievous crimes under the guise of having a SPY number plate affixed to their vehicles. Some criminally minded people also use same to beat security checks which the Police authority has frowned at.

This order was issued today, July 13, 2022 by the Inspector-General of Police, IGP Usman Alkali Baba, psc(+), NPM, fdc, at the Force Headquarter, Abuja. The IGP said he has ordered a total ban on all use of Police SPY Vehicle Number Plates by vehicle owners across the states of the federation without exceptions. This is irrespective of whether it is authorized, or not, as all authorizations are hereby revoked indefinitely.

According to the Force Spokesperson, CSP Olumuyiwa Adejobi, mnipr, mipra, this order is necessary to forestall the continuous disregard for traffic rules and regulations and other extant laws guiding road use by individuals hiding under the privileges of SPY police number plates. The IGP has therefore directed that police officers and officers of other security agencies attached to VIPs who use the SPY number plates should ensure prompt compliance with this directive or risk being arrested for violation of the order.

Meanwhile, the IGP has directed Commissioners of Police (CPs) in the thirty-six (36) States of the Federation and the Federal Capital Territory, as well as their supervisory Assistant Inspectors General of Police (AIGs), to give full effect to the directives as contained above. The IGP specifically directed the AIGs and CPs to ensure that all SPY number plates currently in use are confiscated henceforth but the owners of such vehicles should not be arrested unless they are police officers or officers of other security agencies on escort duties.

The IGP however warned that while carrying out these assignments, officers must ensure the rights and privileges of citizens are respected in line with the laws of the land and in accordance with international best practices. Other security agencies and members of the public are enjoined to cooperate with the Police in this regard as the moves are aimed at strengthening our internal security.