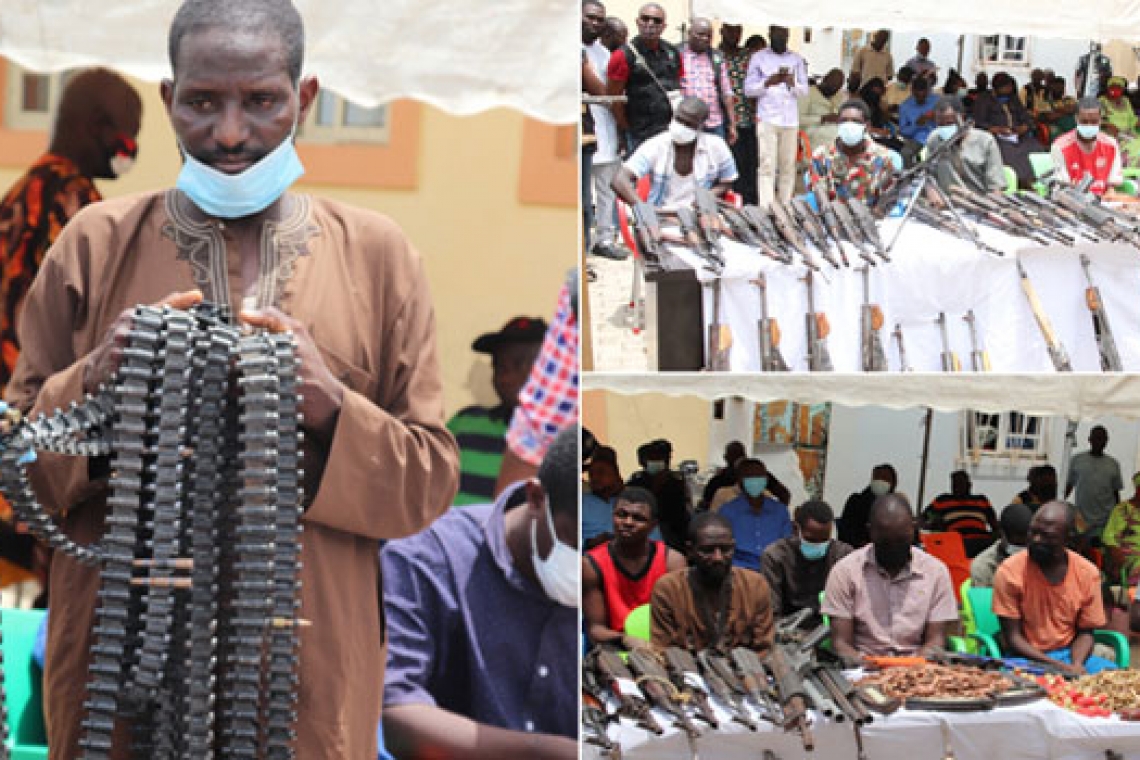 The men of the Nigeria Police have made a number of key operational and investigative breakthroughs; as operatives of IGP Intelligence Response Team (IGP.IRT) and IGP Special Tactical Squad (IGP. STS) arrested eighty-one high profile suspects including three females in various parts of the country in connection with crimes ranging from kidnapping, banditry, armed robbery, homicide related cases, gun running, unlawful possession of firearms, illegal manufacturing and distribution of vehicle plate numbers and other sundry offences. Exhibits recovered from the suspects were the following; 1 GPMG, 1 Lar rifle, 17 AK47 rifles, 20 locally fabricated AK47 rifles, 2 Pump Action, 3 single barrel guns, a total of 9,899 live rounds of ammunition consisting largely of AK47 (type 06) and GPMG. Also recovered were 80 pieces of illegally produced number plates, 2 Toyota vehicles, a Camry and Corrolla that were robbed at gun point from their owners.

In a press briefing by the Force Public Relations Officer (FPRO), CP Frank Mba, while parading the suspects before newsmen in Abuja recently, said that these achievements were recorded between April and May 2021 and are basically achievements from the two key investigative and operational units. He further said that the feat have nothing to do with other landmark breakthroughs at the various Zone and State Commands across the federation.

Meanwhile, CP Mba has assured members of the public that the police will tidy up these cases and ensure diligent prosecution of all suspects in connection with these crimes as soon as the Court opens their doors for business.